During your stay at our 4-star hotel, take some time to discover Vosne-Romanée, the jewel of the Burgundian countryside. This little village is the birthplace of some of the world’s most famous fine wines, including Romanée-Conti, Richebourg, Echezeaux, La Tâche and La Grande Rue.

As your roam Vosne-Romanée’s charming streets, you will be amazed by its rich heritage. Discover the Saint-Martin church with its fine tapestries, the Maison Romane dating from the 16th century (allegedly hosting a Protestant congregation in 1607) and, at the heart of the village, the Château de Vosne, a fantastic building remodelled in the 19th century. You’ll also love the Pavillon de la Goillotte, the fermenting room of the Saint-Vivant monks and the residence of the Prévot de Vosne and Flagey, before admiring a fantastic panorama from the top of the hill.
Ideally situated on Burgundy’s Route des Grands Crus, our luxury hotel is perfect for taking the road that is to Burgundy what the Champs-Élysées to Paris.  This esteemed route comprises 37 wine-making towns and villages between Dijon and Santenay, including such renowned places as Vosne-Romanée, Chambolle-Musigny, Nuits-Saint-Georges, Beaune and Pommard.

On its marked course, there’s no need to hesitate to stop in the attractive villages for tastings and visits to the numerous welcoming vineyards and wine cellars. 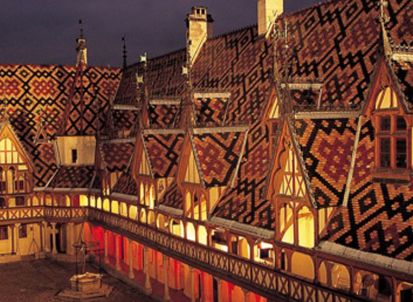 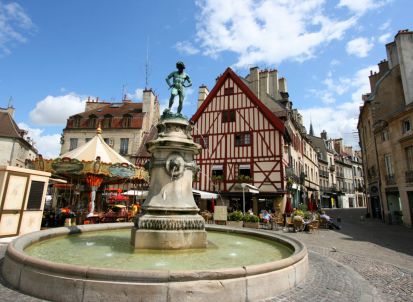 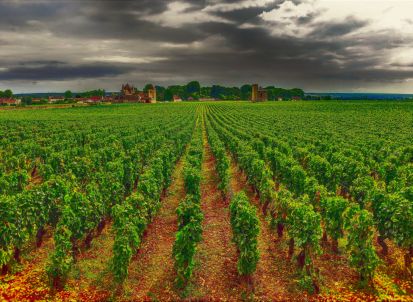 Right in the Côte de Nuits, Vougeot is known for its celebrated vineyard estate of Le Clos de Vougeot,
whose castle hosts the esteemed connoisseurs of the Confrérie des Chevaliers du Tastevin. 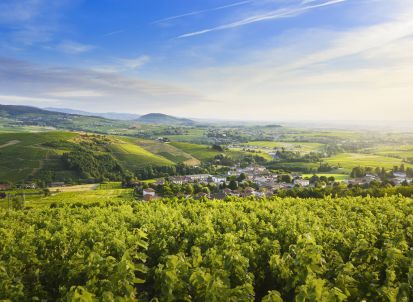 A truly lively town, Nuits-Saint-Georges has been an active winemaking town
for centuries, giving its night to the Côte de Nuits wine region. 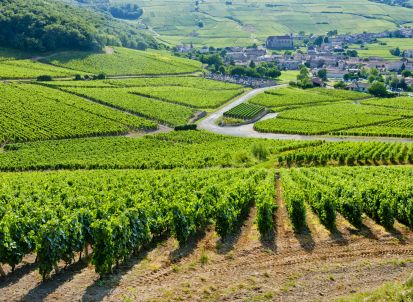